If you are buying a rural property with a holding tank or septic tank, you may think they do pretty much the same thing. They’re both septic systems, right?

By knowing the ways in which holding tanks differ from septic tanks, you can make an informed decision before you purchase your dream property in the country.

Both systems receive your home’s sewage, but holding tanks offer no treatment and have no outlet. They store raw wastewater until a pumper removes it.

Septic tanks provide primary treatment by allowing wastewater to separate into three layers. Scum rises to the top of the tank, solids sink to the bottom, and partially clarified liquids flow through an outlet pipe for further treatment or final dispersal.

Why would a house have a holding tank?

A house or cottage would use a holding tank if it had no connection to a municipal sewer and unsuitable conditions for an on-site septic system. Holding tanks may also be used during new constructions before a more permanent sewage system is installed.

Why do some houses have septic tanks?

Houses and cottages use septic tanks if they are not connected to a municipal sewer, and they have suitable space and soil for an on-site septic system. Recent estimates show that more than 21 million households in the United States use septic tank systems to treat their wastewater.

It is easy to see the differences between holding tanks and septic tanks when you compare these features:

In many cases, residential holding tanks — sometimes known as tight tanks — have one lid and one compartment.

Because a holding tank’s purpose is to store wastewater, it has no partition walls and no outlet.

Inside the unit, a high-level float connects to an alarm that activates when the tank is almost full. This prevents over-filling that could result in a sewage backup that spills into your home or contaminates the environment.

Unlike holding tanks, septic tanks also have internal components that allow them to partially clarify your wastewater:

Holding tanks are cheaper to install than septic tanks.

It all comes down to their designs. Holding tanks are simple storage systems with no outlet. Unlike septic tanks, their designs do not include:

Total project costs to install a holding tank include several factors. There is the price of the tank, of course, but also designs, permits, materials, and labor.

For example, let’s assume that you have a family of four. You choose a polyethylene holding tank with a capacity of 2,000 US gal. Also assume that your property is flat and easy to access.

In this scenario, the total project cost to install the holding tank would be between $6,500 and $8,000.

Total project costs to install a septic tank also depend on many factors. The most obvious costs are the septic tank and its drain field. But you also need to plan for the expenses of soil tests, designs, permits, materials, and labor.

As an example, say that you have a four-bedroom home. You choose a polyethylene septic tank with a capacity of 1,250 US gal. Let’s also assume that your property is flat and easy to access.

The reason is simple. Holding tanks retain all the sewage that flows into them. Septic tanks retain solids and scum, but they allow liquid wastewater to return to the site’s soil via a drain field.

How often do holding tanks need to be pumped?

Holding tanks need to be pumped often to prevent sewage backups in your home and environmental contamination. Depending on the capacity of your tank and the amount of wastewater your household generates, you can expect to need a pump-out every one to four weeks.

How often does a septic tank need to be pumped?

In most cases, residential septic tanks are pumped according to schedules laid out in local regulations. As a general rule, you should have your tank emptied every three to five years, or when the sludge level exceeds two-thirds of the total height of water in the tank.

Pumping may be needed more often if you use a garbage disposal for your food scraps.

The price per gallon to pump holding tanks and septic tanks is usually the same. But because holding tanks require emptying every one to four weeks, they have far higher long-term maintenance costs.

These expenses can create a heavy financial burden for some homeowners — so much so that many jurisdictions in the United States discourage or even prohibit the installation of holding tanks.

How much does it cost to pump a holding tank?

These rates include your septic pumper’s additional fees, such as labor, travel expenses, and permits to discharge sewage at locations designed for that purpose.

Let’s say that you have a holding tank with a capacity 2,000 US gal. Assume, too, that the cost of pumping is 28 cents per gallon. The final bill for each pump-out would be $560. Even if you need service just once a month, you can expect to pay $6,720 over the course of a year.

What is the average cost to pump a septic tank?

Your pumper may charge additional fees if your tank’s lids are buried and require excavation.

To see these rates in action, imagine a septic tank with a capacity of 1,250 US gal. Assume that the cost of pumping is 30 cents per gallon. The cost to have your septic tank emptied would be $375. If your tank requires a pump-out every three years, the overall cost works out to just $125 per year.

The reason is that holding tanks pose a unique challenge: they threaten the environment if they are not emptied as needed, but the ongoing pumping bills are too expensive for some household budgets.

To prevent environmental contamination, some jurisdictions issue a permit for a holding tank only if you post a bond and agree to show proof of regular pump-outs. Local authorities then use the bond to pay for pumping if there is reason to believe that service has lapsed.

The permit process for septic tanks is simple by comparison. In many states, you can get a permit, often in just a few days, when you provide this information:

We make septic system projects simple. Discover more guides to boost your knowledge or get step-by-step support by contacting our team today.

Talk with an expert 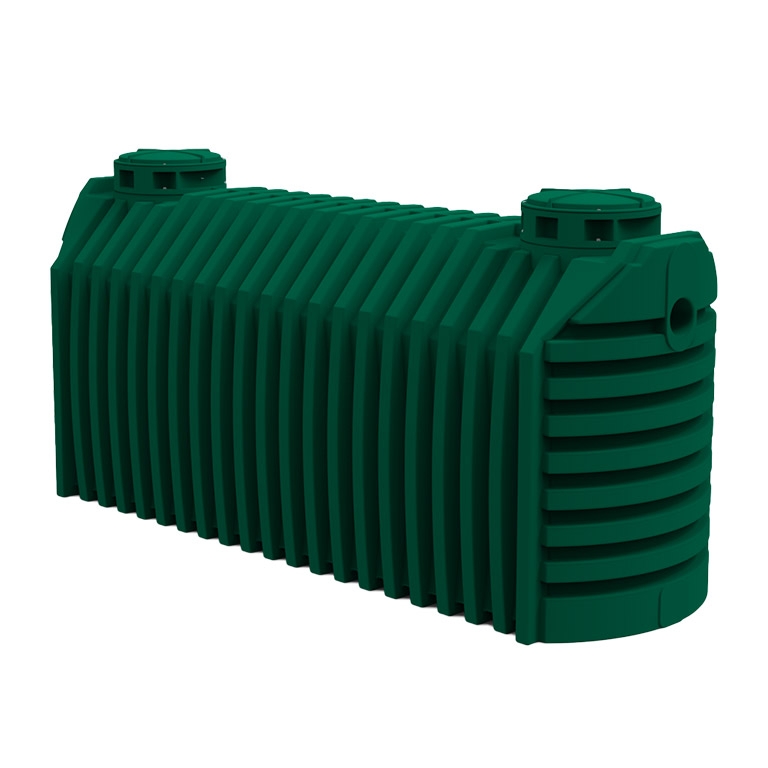 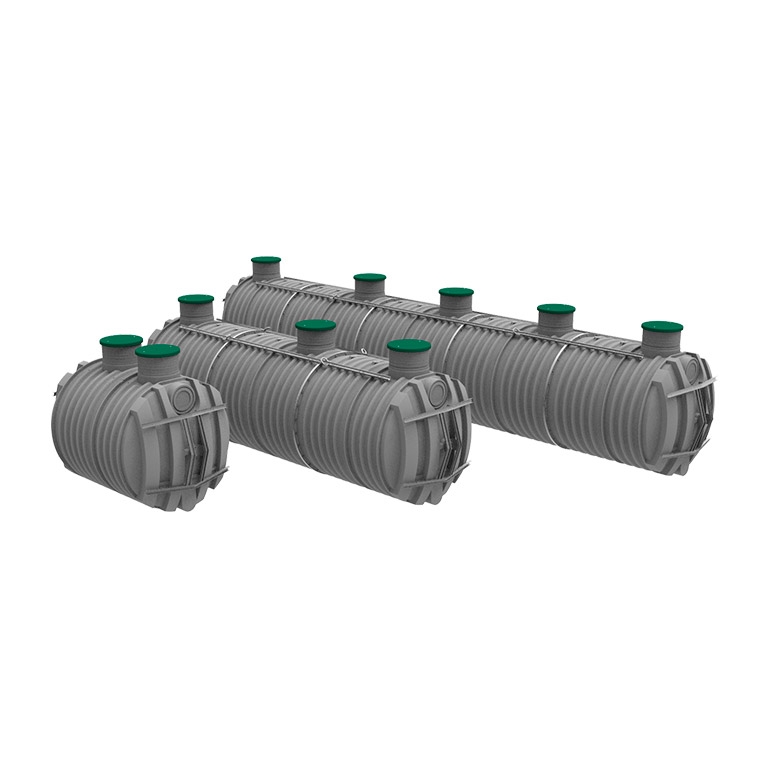 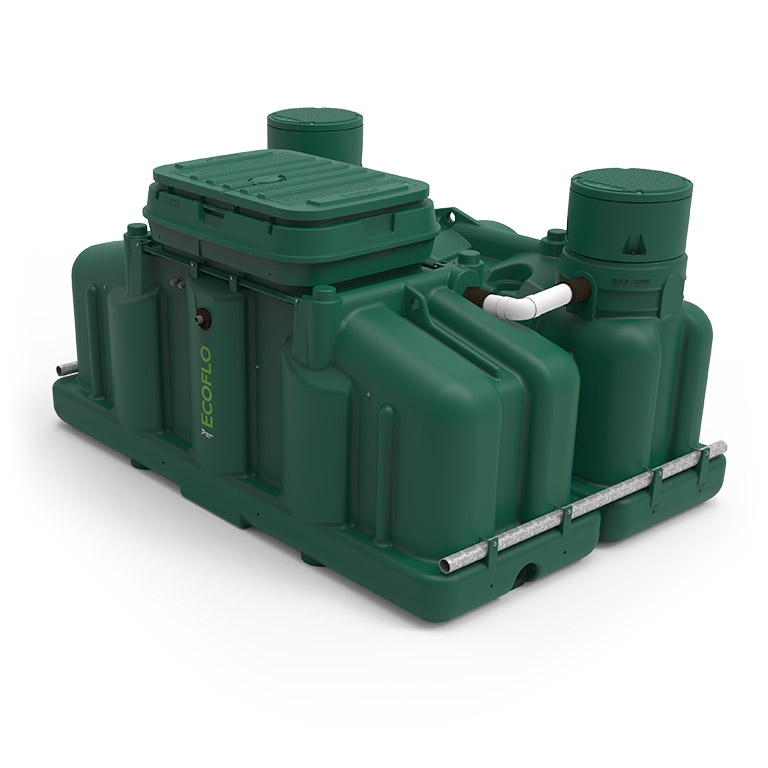