Our robust GRP silt traps are specifically designed to prevent silt from entering a drainage system.

What is silt trap?

A Rewatec silt trap is a robust GRP tank that is specifically designed to prevent silt from entering a drainage system.

They can be installed upstream of systems such as forecourt separators and washdown separators to temporarily contain contaminated water, thus allowing silt and other unwanted pollutants to settle at the bottom of the trap and separate from the water.

By removing silt at the early stages of contaminated / stormwater water run-off, you can preserve the sustainability of your separator and limit any potential blockages, damage or surface flooding caused by sediment build up.

How do silt traps work?

Before entering a drainage system, contaminated water is directed to the silt trap.

As the silt trap fills up with water, silt settles at the bottom of the tank, below the invert pipe.

Water rises to the outlet pipe, leaves the silt trap and is discharged to a drainage system. All silt that has been separated from the water stays in the sump of the trap.

We have a network of local service partners to maximise the life of your Rewatec silt trap and to provide years of reliable operation.

We stand by our products 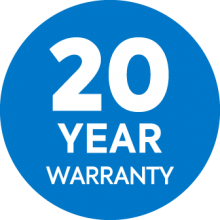 For over 50 years, we have proudly developed sustainable and long-lasting products that make a real difference for our customers, our professional partners, and, above all, our planet.

Our experience in the industry allows us to give you a complete 20-year warranty for Rewatec silt traps.

At Premier Tech we provide a full range of training programmes to fully meet the requirements of our professional partners. If you require product functionality guidance or a more detailed training course for installations, we can provide a solution to meet your needs.

Our experts will guide you in choosing the right solution for your application.

We are here to help. Request a quote today and our team of experts will be in touch.